Canada was the first country with substantial nuclear capability to reject nuclear weapons, and continues to be actively involved in the international promotion of the peaceful use of nuclear energy.

As part of an international community of nuclear regulators, the CNSC works bilaterally and multilaterally with partners around the globe to strengthen nuclear security and non-proliferation at home and abroad. 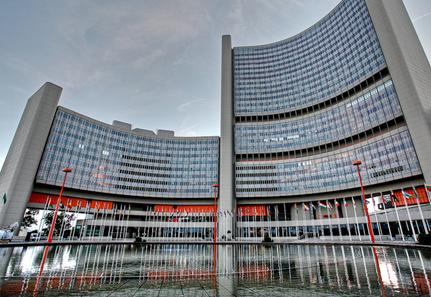 The Treaty on the Non-Proliferation of Nuclear Weapons (NPT) is the most subscribed international security instrument with 189 state parties, and is the cornerstone through which Canada promotes its objectives of international disarmament, non-proliferation and peaceful use of nuclear energy.

Under Article III of the NPT, each non-nuclear-weapon state party undertakes to conclude an agreement with the International Atomic Energy Agency (IAEA) for the application of IAEA safeguards to all nuclear material in all of the state’s peaceful nuclear activities and to prevent diversion of such material to nuclear weapons or other such nuclear devices.

Canada’s nuclear non-proliferation and disarmament policy is centered on the NPT and reinforced by other instruments and initiatives through which Canada works with its partners to prevent the proliferation of nuclear weapons and related materials and technologies. The policy establishes the conditions under which Canada is prepared to consider undertaking nuclear cooperation with selected partner countries.

The policy requires major nuclear exports to be subject to a nuclear cooperation agreement between Canada and the importing country. These agreements establish reciprocal obligations that are designed to minimize the risk of proliferation associated with the international transfer of major nuclear items, and to assure the informed consent of the importing and exporting states.

The CNSC participates with Foreign Affairs, Trade and Development Canada (DFATD) in the negotiation of bilateral nuclear cooperation agreements and implements administrative arrangements with its foreign counterparts to effectively fulfill the terms and conditions of these agreements.

Under the NSCA and its regulations, Canadian importers and exporters are required to obtain and comply with CNSC licences controlling the international transfer of nuclear and nuclear-related items. The CNSC assesses export and import licence requests on a case-by-case basis, taking into account the associated security, transport, waste management, and possession controls against the requirements of IAEA guidelines, the NSCA, and subsequent regulations. The Nuclear Non-proliferation Import and Export Control Regulations, enacted under the NSCA, are key regulations.

Licensees must respect Canada’s nuclear non-proliferation commitments in order to receive an import or export licence. The CNSC assures licensee compliance with import and export regulations through physical inspections and formal audits of licensee import and export records.

Through the licensing process, the CNSC takes steps to ensure that nuclear imports and exports are consistent with Canada’s nuclear non-proliferation policy.

The CNSC also participates with DFATD in two multilateral nuclear export control mechanisms: the Nuclear Suppliers Group and the Zangger Committee. Canada was a founding member of both these bodies.

The CNSC contributes technical and policy expertise in meetings and working groups of these committees to:

The implementation of the CNSC’s statutory responsibilities for the regulation of Canadian nuclear exports is consistent with the guidelines of these bodies.

Safeguards refers to the measures taken in accordance with the NPT by the IAEA to verify that nuclear material is not diverted from peaceful uses to the development of nuclear weapons.

In 1972, Canada was the second country to bring into force a comprehensive safeguards agreement (INFCIRC/164) with the IAEA pursuant to the NPT. The safeguards agreement gives the IAEA the right and obligation to monitor Canada’s nuclear-related activities and verify nuclear material inventories and flows in Canada.

In 2000, as part of worldwide efforts to strengthen IAEA safeguards, Canada brought into force the additional protocol to its safeguards agreement with the IAEA. The additional protocol gives the IAEA enhanced rights of access to nuclear sites as well as other relevant locations, and provides the IAEA with access to information about nuclear-related activities in Canada above and beyond its rights under the original safeguards agreement (INFCIRC 164 add. 1).

The CNSC is responsible for implementing the Canada/IAEA safeguards agreement and the additional protocol. Through the NSCA, regulations, and licences, the CNSC implements regulatory controls for the production, use, storage and movement of nuclear material in Canada.

Conditions for the application of IAEA safeguards are contained in nuclear facility operating licences. Through its regulatory process, the CNSC ensures that all relevant licensees have in place safeguards policies and procedures that include:

The CNSC performs compliance and auditing activities to ensure licensees’ safeguards policies and procedures remain sufficient to meet the safeguards requirements of the agreement and additional protocol.

The CNSC maintains a national system that accounts for and controls nuclear materials in Canada, and supplies reports to the IAEA that serve as a basis for IAEA inspection and monitoring activities.

The attainment of the broader safeguards conclusion allows the IAEA to adjust fundamental safeguards assumptions and technical parameters in Canada, thereby drastically reducing overall inspection effort in Canada and freeing up scarce IAEA resources to be directed to safeguards activities in areas of greater proliferation risk. IAEA inspection effort in a given state is traditionally measured in IAEA person-days of inspection (PDIs), and since the attainment of the broader safeguards conclusion in 2005, PDIs in Canada have dropped from an all-time high of 1,337 in 2004 to 458 in 2014. Since then, the number of PDIs in Canada has increased modestly.

Image taken with the digital Čerenkov viewing device, which was developed by the Swedish Nuclear Power Inspectorate and the CNSC to conduct safeguards verification

The CNSC also cooperates with the IAEA in developing new safeguards approaches for Canadian facilities and contributes to efforts to strengthen safeguards internationally.

As part of this effort, the CNSC, through the Canadian Safeguards Support Program (CSSP), assists the IAEA in developing advanced safeguards equipment or techniques aimed at strengthening the effectiveness and efficiency of safeguards implementation.

The program also supports domestic needs in resolving specific safeguards issues related to Canadian nuclear facilities and the use of nuclear material. The CSSP’s core objectives are to: 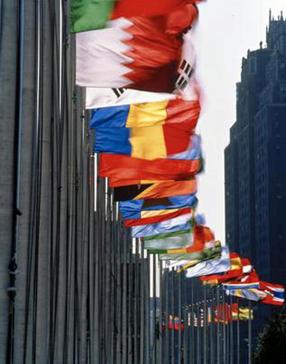 The CNSC participates in a number of international committees and groups as well as international meetings and research projects committed to ensuring the safe, secure and peaceful use of nuclear materials and technology.

Membership and participation in these international activities ensure that the CNSC’s regulatory activities are consistent, as appropriate, with internationally agreed upon best practices and principles.

In 2005, the CNSC initiated an Integrated Regulatory Review Service (IRRS) mission of the CNSC’s regulatory regime and processes by an international team of experts selected by the IAEA. Three reports were subsequently prepared: the IRRS 2009 Peer Review Report and CNSC Management Response, the 2011 IRRS Follow-up Mission Report to the Government of Canada and the CNSC Management Response to the 2011 IRRS Follow-up Mission Report. All actions items resulting from the IRRS peer reviews are now closed.

In September 2016, CNSC Executive Vice-President Ramzi Jammal led a 10 days IRRS mission to China with a team of 14 international members. The team concluded that China’s regulatory framework for nuclear and radiation safety is effective but will require further development due to rapid nuclear energy growth. It is the opinion of the experts that most of the recommendations made during an initial mission in 2010 had been implemented, but that further work is needed in areas such as managing long-term operation of nuclear power plants and waste management. Read the IAEA news release on this IRRS mission.

In particular, the CNSC participates in various committees and activities of the IAEA and Nuclear Energy Agency. As part of its work with these organizations, the CNSC represents Canada, or participates in broader Canadian delegations in a wide variety of relevant multilateral discussions, symposia and conferences that address such issues as: