“So long as there is Canada and organized government, there will be nuclear regulation. Canadians can count on the CNSC being here in 70 years, keeping them and workers safe, the environment protected and Canada’s international obligations respected. We’ll be standing on guard for thee!” – Jason Cameron, Vice President, Regulatory Affairs Branch 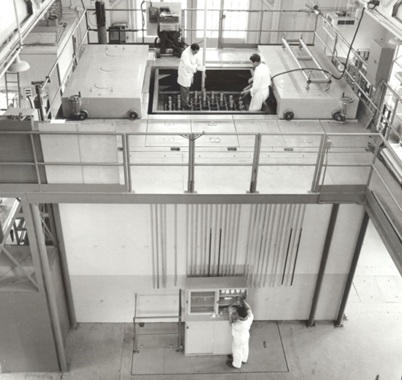 Chalk River’s ZEEP reactor, one of the earliest nuclear facilities to be regulated by AECB, c. 1953

When the Atomic Energy Control Board (AECB) was first created in 1946, one of its primary operational functions was to control research activities surrounding atomic energy in Canada. In the late 1940s, the only significant nuclear research was being conducted at Chalk River Laboratories. The AECB assumed formal regulatory control of this project in 1946.

In the 1950s, it became apparent that a new organizational structure was required to regulate these research activities, as the sale of plutonium by Chalk River became more and more commercialized.

In 1952, Atomic Energy of Canada Limited (AECL) was formed as a Crown corporation to assume responsibility of the Chalk River project and others like it. AECL’s mandate was to further the peaceful development and research of the Canadian nuclear industry, while the AECB became responsible for the regulatory control of the industry.

“In addition to supervising the activities of Canada’s major nuclear research project at Chalk River, the AECB at an early date in its history applied to the Government for funds which it could use to promote nuclear research outside the Chalk River project… these funds would provide a means for the Board to assist in the establishment of other centres of excellence in Canada mainly by developing or encouraging the growth of nuclear research in Canadian universities.” (A History of the Atomic Energy Control Board) 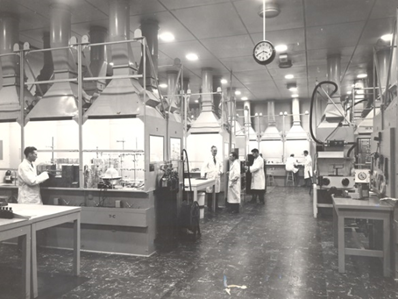 Here’s a summary of some of AECL’s major projects that the AECB regulated in the 1950s and 60s:

Based on information from A History of the Atomic Energy Control Board by Gordon H.E. Sims, Ottawa, July 1980, and Control Magazine, INFO-0125/Rev2.