About uranium and why it is mined

Uranium is a naturally occurring radioactive element used for fuel in nuclear power reactors. Canada, one of the world's largest uranium producers, accounts for 18 percent of global production and exports 90 percent of its uranium.

How is the uranium mining and milling industry regulated?

The Canadian Nuclear Safety Commission (CNSC) regulates and licenses all existing and proposed uranium mining and milling operations in Canada. The CNSC manages this industry's licensing, certification and compliance, in accordance with the requirements of the Nuclear Safety and Control Act (NSCA) and its Regulations, which reflect Canadian and international safety standards. The CNSC and its staff focus on health, safety, security and the environment, and ensure Canada implements its international obligations on the safe use of nuclear materials.

No person may prepare a site for, construct, operate, decommission or abandon a uranium mine or mill without first applying for and receiving a CNSC licence. 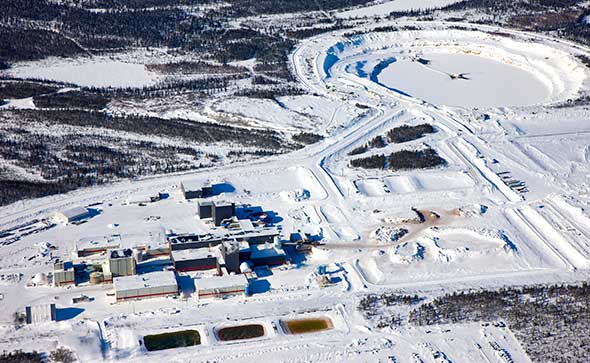 Who regulates surface exploration for uranium?

For more information on uranium exploration regulations and guidelines in your area, please contact your provincial or territorial government.

What type of waste do uranium mines and mills produce?

Mine waste rock and tailings are two of the main types of waste that result from uranium mining and milling. 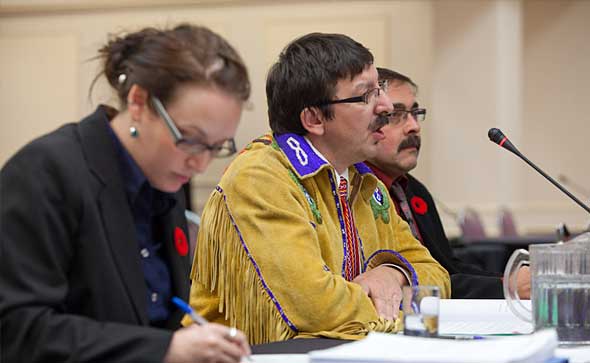 Representatives from the Métis Nation of Saskatchewan address the Commission at a Commission hearing in Saskatoon.

How is waste from uranium mines and mills regulated and managed?

Canada's long-standing experience in uranium mining has resulted in stringent regulations and world-leading practices for the protection of health and safety of persons and the environment. These practices have evolved over time to reflect changes in scientific knowledge as well as the public's expectations.

Clean waste rock, waste rock and uranium mill tailings are typically stored on the mining or milling sites themselves. Clean waste rock from the mining operation is usually placed in rock piles and segregated from waste rock as it is mined. Clean rock can be used in construction as concrete or in the building of roads. Clean waste rock that is left over once mining has ceased is left in piles on the earth's surface, contoured to fit in with the natural environment and re-vegetated.

Waste rock is usually stored temporarily on the earth's surface, in piles that have collection systems to treat water that may run off or filter through the piles. After mining is completed, waste rock can be placed back in the environment from which it was mined, used as backfill in underground mines, or placed in a mined-out pit. It can also be left on the surface and placed under an engineered cover to reduce water infiltration.

How does the CNSC ensure a mine is closed down safely?

For example, there are former uranium mining and milling sites in Saskatchewan, Ontario and the Northwest Territories. These inactive sites are being managed in the long term by their former owners or the federal, provincial or territorial government. Long after a mine is decommissioned, the CNSC and provincial/territorial regulators continue to verify that the licensee complies with all licence conditions and regulatory requirements to ensure long-term stability. 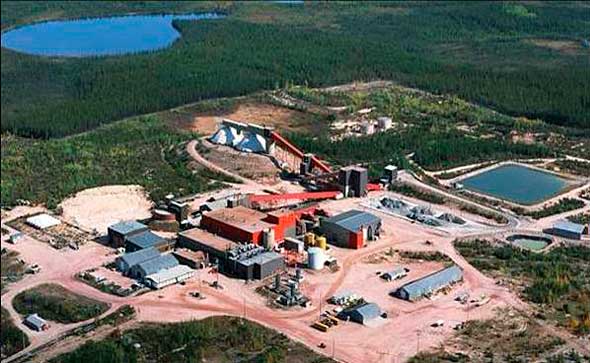 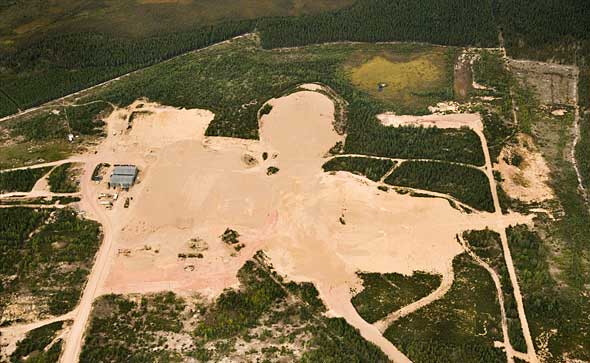