The Convention on Nuclear Safety (CNS) is the leading legal instrument to enhance global nuclear safety. Adopted in 1994, it is the only International Atomic Energy Agency (IAEA) treaty under the United Nations that legally commits participating countries (known as Contracting Parties) to maintain a high level of nuclear power plant safety. As part of the CNS, review meetings are held every three years to discuss participating countries’ nuclear safety programs, address common issues and proposals, and develop a summary report.

The CNS requires Contracting Parties to challenge and learn from each other, to continuously strengthen global nuclear safety. 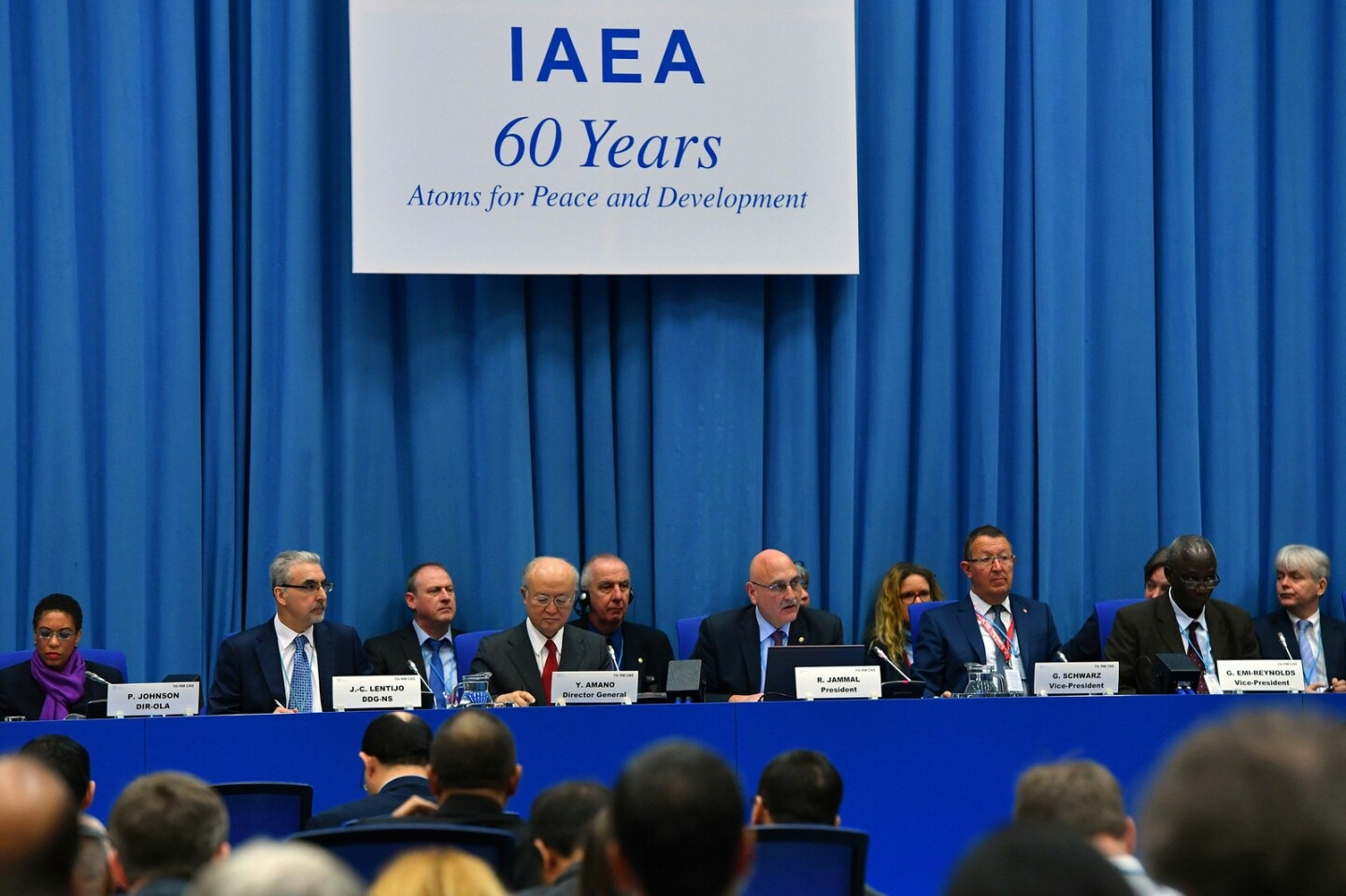 "The public needs to be assured that there are regulators and organizations who are working 24 hours a day and seven days a week so that safety is never compromised, regardless of economic challenges at the country level or the operator's level" – Ramzi Jammal, CNSC Executive Vice-President and Chief Regulatory Officer, and President of the Seventh Review Meeting of the Convention on Nuclear Safety

Recognized as a leader in nuclear safety on the international stage and for past contributions to the CNS, the CNSC’s Executive Vice-President and Chief Regulatory Officer, Ramzi Jammal, was elected by Contracting Parties in October 2015 as President of the Seventh Review Meeting of the CNS, held in Vienna from March 27 to April 7, 2017, at IAEA headquarters.

From the time Mr. Jammal accepted his appointment as President, he advocated improving and increasing the exchange of information at the Seventh Review Meeting. Under his leadership, this was the first review meeting for which all but one of the Contracting Parties submitted a national report. The number of Contracting Parties has also increased to 80, up from 75 at the last meeting in 2014.

A new window into the CNS

In line with Mr. Jammal’s call for transparency, for the first time, the opening and closing plenary sessions and the concluding press conference were publicly webcast and archived on the IAEA’s website. This coverage will continue at future meetings. For the Eighth Review Meeting in 2020, the IAEA, secretariat for the CNS, will be reviewing options for Country Group Sessions to be publicly webcast.

With a record 900 delegates in attendance, there were intensive meetings and Country Group Sessions on the national reports of nuclear safety programs. At the meetings, delegates collaborated to put forward ideas to address common issues and strengthen global nuclear safety.

The Seventh Review Meeting concluded with the approval of the Summary Report. The report details new measures to improve the effectiveness of the CNS, its reporting process and the common issues that need further work to strengthen nuclear safety globally. Issues range from the importance of sustaining and enhancing a nuclear safety culture, to maintaining effective legal frameworks, to cross border emergency planning and enforcing safety precautions within the supply chain. Progress in these areas will be reported on by each Contracting Party at the next review meeting.

Discussions were also held on global actions undertaken to enhance safety based on lessons learned from the Fukushima Daiichi accident and on the Vienna Declaration on Nuclear Safety, which contains principles to guide countries in achieving the objectives of the CNS.

In the spirit of increasing transparency and open dialogue, both the Summary Report and Mr. Jammal’s Report of the President of the Seventh Review Meeting provide clear direction to build on this momentum.

All national reports will be posted on the IAEA website within 90 days of the review meeting, unless a formal objection is submitted. In addition, each Contracting Party has been encouraged to post its national report and responses to questions from the peer review to its website. For the first time, the Review Meeting’s President is recommending that each Country Review Report be made publicly available by each Contracting Party. Canada’s Country Review Report can be viewed on the CNSC website.

Contracting Parties are to reach out to non-participating countries to educate and build awareness, with the goal of gaining new signatories to the CNS. If accepted by the Contracting Parties, the World Association of Nuclear Operators (WANO) will be invited as an observer for the next Review Meeting, as operators have the primary responsibility for nuclear safety.

Between review meetings, policy and decision makers are being encouraged to share knowledge and build capacity through workshops, expert missions, peer reviews and bilateral arrangements between experienced Contracting Parties and embarking nuclear countries.

All of these actions work towards a higher level of global nuclear safety. In safeguarding nuclear power plants, it is critical for regulators and operators alike to undertake peer reviews and to make sound decisions or recommendations based on the most advanced scientific and technical information, as well as on best practices and lessons learned.

The achievements of the Seventh Review Meeting strengthen the treaty’s key objectives of fostering international technical cooperation, protecting the public from radiological hazards, and preventing nuclear accidents and limiting their consequences.

A special note: The CNSC congratulates Mr. Jammal and his team for their hard work and dedication at the Seventh Review Meeting of the CNS. He and his team shared the expertise and experience of Canada’s nuclear regulator while bringing the Canadian values of openness, transparency and collaboration to the forefront.

Ramzi Jammal, CNSC Executive Vice-President and Chief Regulatory Operations Officer, was elected unanimously by Contracting Parties as President of the 7th Review Meeting of the Convention on Nuclear Safety. This is a prestigious position, and the CNSC would like to congratulate Mr. Jammal on this significant achievement. 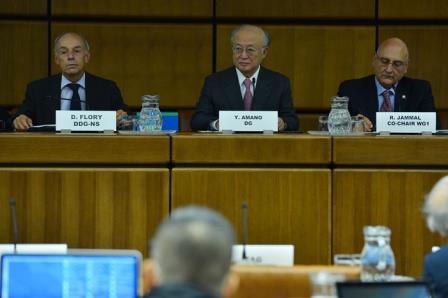 As President, Mr. Jammal will lead discussions among participating countries on how to improve nuclear safety worldwide through a constructive exchange of views. Mr. Jammal succeeds Mr. André-Claude Lacoste, former Chairman of the French nuclear regulator, the Autorité de sûreté nucléaire. The 7th Review Meeting of the Convention will be held in the spring of 2017 in Vienna.

“The appointment of Mr. Jammal as next President of the Convention is an honour for the CNSC. Mr. Jammal brings a wealth of experience to the position, having worked in the industry and for the CNSC. He has garnered extensive international experience over the years, representing Canada and chairing important international meetings on nuclear safety. We are confident that he will be a strong President of the 7th Review Meeting of the Convention.” — Michael Binder, CNSC President

The Convention was adopted in Vienna in June 1994 following a series of expert-level meetings and work by governments, national nuclear safety authorities and the International Atomic Energy Agency. Its provisions cover several areas, including siting, design, construction, operation, availability of adequate financial and human resources, assessment and verification of safety, quality assurance, and emergency preparedness.