Part 6 of a series on 70 years of nuclear safety in Canada: A present-day nuclear regulator

After 70 years of nuclear regulation, the Canadian Nuclear Safety Commission (CNSC) has grown to be one of the strongest nuclear regulators in the world. After the Nuclear Safety and Control Act came into force in 2000, the CNSC had new regulatory powers and, in the following years, has used those powers to strengthen its commitment to the health and safety of persons and the environment. 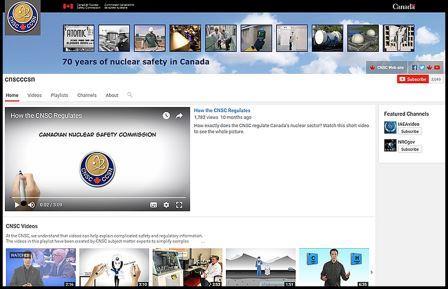 The terrorist attacks that took place on September 11, 2001 forced the world to rethink security measures, and the CNSC was no different. The Commission issued an emergency order requiring all nuclear facilities to implement appropriate security measures to prevent future attacks. Before the 9/11 attacks, the CNSC had already begun to enhance security posture at nuclear power plants, a measure that played a part in their strong regulatory response. Today, Canada is a world leader in nuclear security as evidenced in the results from the recent International Physical Protection Advisory Service (IPPAS) mission.

Further safety measures were examined following the Fukushima Daiichi nuclear disaster in 2011. The CNSC was the first regulator to apply the Fukushima lessons learned and establish an action plan to encompass facilities other than nuclear power plants. In 2014, the CNSC participated in Canada’s first full-scale nuclear emergency response exercise in over 15 years. The exercise demonstrated that the CNSC and Canada are well prepared to respond to a nuclear emergency in Canada, however unlikely that may be.

Another example of the CNSC’s continuous improvement efforts is the work done to increase transparency and actively engage with the public. Over the last 15 years, the CNSC has extended its methods from print ads to richer media such as a website, infographics and the use of social media platforms. In 2012 the CNSC launched its Facebook and YouTube pages, followed by its Twitter account in 2015. These new methods of communication have improved transparency and efficiency when responding to events. In 2012, public information and disclosure protocols (PIDPs) were implemented. These protocols showed that the CNSC expected similarly high standards of communication from its licensees. The CNSC strives to be Canada’s go-to source of information on nuclear safety.

Where do you see the CNSC in the next 70 years?

“CNSC has been successful for the last 70 years. This far ahead, I cannot predict what the CNSC’s future challenges and opportunities will be. One thing I know and feel confident about is that this organization has the resources, talent, skills and resilience to overcome any challenges and to seize any opportunities to be successful for another 70 years.” – Stéphane Cyr, Vice-President, Corporate Services Branch and Chief Financial Officer 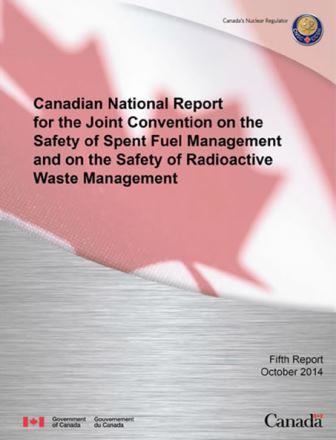 Environmental safety is also a top priority for the CNSC. Activities under the Canadian Environmental Assessment Act, 2012 (CEAA 2012) are aimed at minimizing or avoiding adverse environmental effects, and incorporating environmental factors into decision making. Under CEAA 2012, an environmental assessment (EA) is conducted before any licence is considered. An EA assesses the impact of a project’s entire proposed lifecycle. The EA includes information prepared by the applicant and CNSC staff, as well as comments received from Aboriginal groups and the public.

In 2001, Canada was one of the first countries to ratify the Joint Convention on the Safety of Spent Fuel Management and on the Safety of Radioactive Waste Management. Ratification represented Canada’s commitment to achieving and maintaining a consistently high level of safety in the management of spent fuel and radioactive waste and in ensuring the protection of people and the environment.

For the past 70 years, the Canadian Nuclear Safety Commission and the former Atomic Energy Control Board have worked hard to ensure that the nuclear industry in Canada has carried out its activities with safety in mind. Canada’s nuclear regulator has taken steps to improve all areas of nuclear safety to meet its mandate and will continue to do so into the future.