Note: During a nuclear emergency, people living near the impacted nuclear facility should GO inside their homes LISTEN to the radio or television, and FOLLOW the directions provided by authorities.

Any industrial facility will have releases of some nature into the air or water as part of its normal operation, and nuclear facilities are no exception. Nuclear power plants in Canada however, are designed to contain radiation, during both normal operation and emergencies, in order to minimize radioactive releases to the environment. 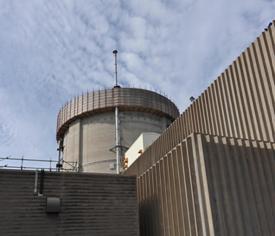 Figure 1: The Emergency Containment Filtered Ventilation (ECFV) system was installed at the Point Lepreau Generating Station as part of its refurbishment. The system is designed to provide additional filtering capability in case of a severe accident. It does not require power to function and can be activated manually.

During normal operation, nuclear power plants (NPPs) can release minute amounts of radiation into the air. These releases originate as fission and activation products generated by nuclear reactions in the reactor and by the decay of these products through ventilation systems within the plant. The radioactive material is collected by the ventilation systems into gaseous waste streams where they pass through various activity monitors and undergo treatment before being released into the atmosphere. If too much radiation is detected, the system will automatically stop the air from being released. These releases are very small, and are monitored and controlled by the plant operator, and reported to the Canadian Nuclear Safety Commission (CNSC). They are well below regulatory limits and do not pose any risk to the health and safety of persons or the environment.

Releases of radiation into a natural body of water may occur at nuclear power plants during normal operation. Radioactive liquid waste is generated from various sources within a NPP, including wash water used to clean surfaces and floors, laundry wash, showers and sinks. The waste is managed by an active plant drainage system that collects liquid wastes and separates them into special tanks, where they are treated. The treatment methods depend on the activity and chemical concentration, and may use different methods, including filtration and solidification.

After treatment, the liquid waste passes through a discharge line, which is continuously monitored for radiation with real-time detection equipment before being released to the environment. If too much radiation is detected, these systems will stop automatically, and the liquid waste is retreated.

These releases are very small, and are monitored and controlled by the plant operator, and reported to the CNSC. They are well below regulatory limits and do not pose any risk to the health and safety of persons or the environment.

Managing releases during an emergency

In the unlikely event of an emergency, single and multi-unit CANDU (CANada Deuterium Uranium) reactors are designed to contain radiation within their respective buildings to minimize releases to the environment.

For single-unit reactor buildings, during the onset of the emergency, there would be a quick release of radiation into the atmosphere. Emergency shutdown systems would then activate in order to shut the reactor down, ending the fission reaction and reducing releases to the reactor building (which acts as a containment for radioactive gases), and then to the environment. Immediately after, the reactor building would seal or "box-up", preventing any further immediate releases. The Point Lepreau NPP also has an emergency containment filtered ventilation (ECFV) system (see Figure 1) to limit the release of radioactive material.

Multi-unit CANDU reactors (i.e., Bruce A & B, Pickering Units 1 to 8, and Darlington) have a negative pressure design achieved by a large vacuum building (see Figure 2). This type of design is effective in both containing radioactive material to allow for decay and limiting the release of radioactive material in the event of an emergency.

During the ongoing emergency, NPP operators may have to vent the containment building in order to protect it from overpressure and maintain its ability to isolate the reactor. The air that must be vented out may contain fission products, such as Iodine-131 and Cesium-137.

The operator of the nuclear power plant, in consultation with the CNSC and public health authorities, including the province, Health Canada and other responsible parties, would wait for suitable weather conditions to vent the radiation in a direction away from populated areas.

All venting procedures would be subjected to the CNSC's strict regulatory oversight, as well as the oversight of public health authorities, and all measures would be taken to minimize consequences on workers, the public and the environment.

While waiting to vent, the nuclear power plant operator can spray water inside the containment in order to reduce internal pressure by condensing the steam and cooling the air. This also allows for longer containment and decay before venting would be required. These spraying systems, also called dousing systems, operate automatically without the need for power, and the dousing water recovered from the vacuum structure floor can be recirculated to the storage tanks.

A plume is a cloud that results from a continuing release of radioactive gases or particles.

In case of an accident, NPP operators, the provinces as well as the CNSC have modeling capabilities that can predict the behavior of the plume and where the radiation releases may spread.

Based on projected and actual data about the releases, health and radiation specialists can estimate the dose of radiation to which the public may be exposed and recommend protective measures.

In an emergency situation, teams made up of members from federal, provincial, nuclear operators and private sector organizations would be assembled to carry out environmental radiation monitoring activities.

Field radiation monitoring results would be sent to the provincial authorities, as well as the CNSC, to determine what protective measures should be recommended for the public.

As part of routine operations, Canadian Radiological Monitoring Network monitors radiation levels across Canada 24/7 through networks of stations which measure radioactivity in air, water and other environmental samples.

Evacuation and other protective/precautionary measures

Provincial emergency organizations identify evacuation zones and provide means to quickly alert the public in the surrounding communities about the need to evacuate.

Exposure control measures are ways of limiting contact with radiation. They include sheltering, evacuation, taking KI pills, using protective equipment such as masks, decontamination and controlling entry to the evacuated site.

Ingestion control measures prevent radioactivity from entering the body through the digestive system. In a nuclear emergency involving radioactive releases, authorities may put restrictions on milk, drinking water and foodstuffs. Controls on local farms may also be established in order to limit the spread of contamination into the food chain.

Besides these protective measures, which are based on limiting dose to the population, some precautionary measures may also be taken. These measures are intended to facilitate the application and effectiveness of protective measures and may, for instance, include the closure of schools, work areas and beaches.