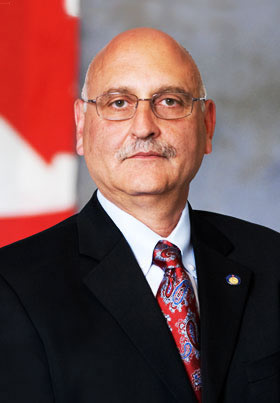 Ramzi Jammal has worked for the Canadian Nuclear Safety Commission (CNSC) since 1998, holding progressively senior positions. He has accumulated over 35 years of experience in the nuclear industry, combining management skills with scientific expertise, and representing the CNSC in various international activities. These include the co-chairing of the IAEA Fukushima report, leading Canadian delegations to the Convention on Nuclear Safety, and the Joint Convention on the Safety of Spent Nuclear Fuel Management and on the Safety of Radioactive waste management.

In 2016, Ramzi Jammal was elected President of the Convention on Nuclear Safety by the Contracting parties, a position he held until October 2018. He also sits on the IAEA Commission on Safety Standards. He was instrumental in the development and establishment of the IAEA Code of Conduct for the Safety and Security of Radioactive Sources, and the international categorization of radioactive sources. He also played a key role in ensuring that the recommendations of the International Commission on Radiation Protection complemented the CNSC’s regulatory needs.

As the Chief Regulatory Operations Officer, he led the development of the CNSC regulatory action plan in response to the Fukushima Daiichi accident. 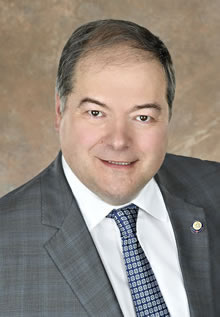 Peter Elder has been working for the Canadian Nuclear Safety Commission for over 20 years in various regulatory roles covering the entire nuclear fuel cycle. He started as a technical specialist in 1996 as a fuel performance and safety analyst, and moved on to become a project manager in power reactor licensing. He has also occupied a variety of management roles throughout his career at the CNSC. He has experience in all areas of the organization’s mandate: safety, security, safeguards and environmental protection. He has also served as a nuclear counsellor at the Permanent Mission to the International Organizations in Vienna. In this role, he advised the Canadian government on International Atomic Energy Agency activities in nuclear safety and security, emergency management and technical cooperation.

Before joining the CNSC, he worked for Atomic Energy Canada Limited as a section head and research scientist in the area of high-temperature fuel behaviour and fission product release. He co-authored a number of scientific papers during this period on fuel behaviour under accident conditions, and was involved in several international collaborations in this area.

He completed a Master's in Materials Engineering from Queen’s University following his undergraduate degree in Engineering Science (Physics Option) from the University of Toronto. He was appointed Vice-President of the CNSC’s Technical Support Branch in April 2018. 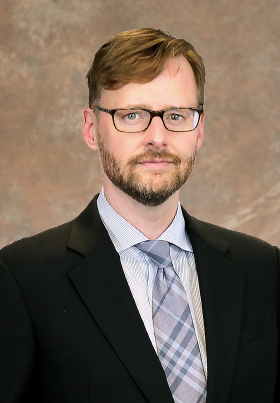 Michael joined the CNSC in September 2022. Before joining the CNSC, he held various leadership positions across the federal government, including Director General, Rail Safety, at Transport Canada. In this role, he was responsible for developing and implementing policies and regulations to strengthen rail safety in Canada, which included administering the Railway Safety Act and the rail safety oversight program.

Michael has held positions at Public Safety Canada, Finance Canada, Privy Council Office and Treasury Board Secretariat. He has a master’s degree in economics from Queen’s University.

Stéphane Cyr has been Vice-President, Corporate Services, and Chief Financial Officer of the CNSC since 2013. He joined the CNSC in 2009 as Director General, Finance and Administration. Since then, he has overseen a number of major initiatives and projects, such as the establishment of a cost recovery–based financial framework, the construction of the CNSC’s laboratory, the introduction of an integrated management reporting framework and the development of a financial guarantee program. Stéphane led the CNSC’s Digital Transformation, Financial Management Transformation and Workforce Renewal Strategy, and most recently oversaw the development of the CNSC’s Future of Work initiative.

Stéphane has been the CNSC’s mental health and inclusion champion since 2016.

From 2007 to 2009, Stéphane developed his skills at the Canadian Institutes of Health Research, where he held the position of Director General, Research Knowledge Creation Program, and later Director General, Finance and Corporate Planning.

From 2004 to 2007, Stéphane served as Executive Director, Financial Management Services, and Director, Transformation, at Human Resources and Social Development Canada. Prior to that, he worked at the Canadian Food Inspection Agency as Director, Accounting and Financial Systems, where he spearheaded, in particular, the implementation of the financial and reporting system and improvements to management and accounting practices.

He began his career at the Canadian International Development Agency, where he held several accounting and financial policy positions.

Stéphane is a member of the Chartered Professional Accountants of Canada and the Ordre des comptables professionnels agréés du Québec. 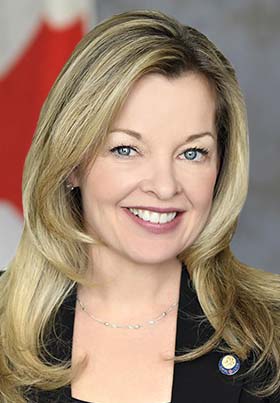 Lisa Thiele became Senior General Counsel at the CNSC in 2014. She is responsible for the CNSC’s in-house legal counsel team as well as for the Commission Registry, which is the hub for all of the Commission’s functions as a quasi-judicial tribunal and court of record.

Lisa has extensive experience and expertise in nuclear regulatory law at both the national and international levels. An active member of the International Nuclear Law Association, she serves on the Board of Directors of its Canadian branch, the Canadian Nuclear Law Organization. She has been on the faculty of the International Atomic Energy Agency’s Nuclear Law Institute since its inception and is a regular lecturer at the International School of Nuclear Law, a graduate diploma program offered at the University of Montpellier. She represents Canada as a member of the Nuclear Energy Agency’s Nuclear Law Committee and chairs its Working Party on the Legal Aspects of Nuclear Safety. She has been privileged to serve also as a lecturer and mentor in the World Nuclear University’s Summer Institute leadership program. Lisa has a strong commitment to excellence in nuclear law and takes a particular interest in encouraging women to be a part of its development.

With her experience and expertise in administrative law, Lisa also supports the Council of Canadian Administrative Tribunals’ training for tribunal members, delivering training to adjudicators on the conduct of quasi-judicial hearings and on the law of evidence in administrative law proceedings. Lisa was called to the Ontario Bar after a clerkship at the Federal Court of Canada, and she remains a member in good standing of the Law Society of Ontario. She holds undergraduate and law degrees from Queen’s University in Kingston, Ontario.